Increase in Real Living Wage to £9.90 per hour

What is the Real Living Wage?

Unlike the Government minimum wage (‘National Living Wage’ for over 23s – £8.91 rising to £9.50 in April) the real Living Wage is the only wage rate independently calculated based on rising living costs – things like fuel, energy, rent and food. The increase in Living Wage rates this year has largely been driven by rising fuel and rent costs.

The Benefits to the Real Living Wage increase:

£613 million in extra wages has gone to low-paid workers since the start of lockdown, with a record number of employers signing up – over 3,000 since the pandemic began

More than £1.6 billion in extra wages has gone to low-paid workers since the start of the Living Wage movement 20 years ago

Over 300,000 people working for almost 9,000 real Living Wage Employers throughout the country are set for a vital pay boost as the new Living Wage rates rise to £9.90 across the UK (40p increase), and £11.05 in London (20p increase), supporting workers and families. The Living Wage rates are the only rates independently calculated based on what people need to live on.

Low pay in the UK

The announcement of the new rates comes as new research by the Living Wage Foundation has demonstrated the scale of low pay during the pandemic, with 17.1% of employee jobs (4.8 million jobs) still paying less than the real Living Wage. Northern Ireland had the highest proportion of jobs paying below the Living Wage (21.3% or 236,000) and the South East the lowest (12.8% or 533,000).

This year the movement for a real Living Wage celebrates its twentieth year, with new research from the Cardiff Business School showing Living Wage workers have benefitted from more than £1.6bn in extra wages during this period. One in 13 workers now work for an accredited Living Wage Employer.

What are the benefits of paying the Living Wage?

Research by Queen Mary, University of London, showed that paying the Living Wage has big benefits for business, workers, and the Treasury.

The research is the first to provide data showing the Living Wage increases the happiness of workers; it shows:

In addition, companies interviewed said the reputational benefits of paying the Living Wage helped them attract new business and customers.

Employers also reported HR benefits at all levels with high calibre graduates at one employer citing paying the living wage as one of the top 3 reasons for applying as it demonstrates corporate social responsibility.

The research shows that government and workers also benefit. Paying the LW can help struggling families and improve Treasury finances at a time of economic difficulty:

There are wage costs associated with paying the LW and the research shows that for those companies surveyed:

This is because introducing the RLW leads companies to adjust their ways of working by doing things such as increasing efficiency of working practices. 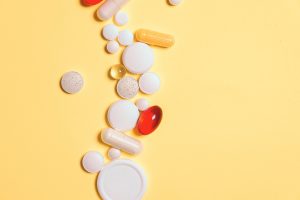 What are your employees’ rights for Jubilee bank holiday?

Excitement is in the air as soon as anyone hears about an extra day off work! But what employees are all wondering is ‘are they