What is the government’s Good Work Plan?

The Governments Good Work Plan is a set of proposals based on a 2018 consultation at the heart of which is recognition that businesses need to do more in terms of offering flexible working options to their employees.

The changes set out in the Good Work Plan aim “to ensure that workers can access fair and decent work, and that both employers and workers have the clarity they need to understand their employment relationships, and that the employment tribunal enforcement system is fair and fit for purpose”.

What are the proposed changes?

The 11 key points for employers to be aware of are detailed below. Some of these have already taken effect and some are due to come into effect from April 2020. Others are still being consulted on.

1. More clarity on employment status – the Government states that it will introduce new legislation to clarify the test for employment status that reflects modern working practices. This will be a difficult task. It states that it will also seek to align how the law deals with status for tax purposes with the status for employment rights purposes. There is no set timetable for these potentially significant proposals for new legislation.

In addition, to improve clarity and understanding, individuals and employers will have access to an online tool that determines employment status in the majority of cases.

6.New protections for gig economy workers – the Taylor report recommended introducing higher National Minimum Wage/National Living Wage rates for hours that are not guaranteed as part of the contract, as well as alternative options to tackle low pay. However, following advice from the Low Pay Commission in a report published on the same day as the Good Work Plan, the Government will not be taking this forward. The LPC proposed a number of alternatives to address one-sided flexibility, which the Government says will be subject to further consultation.

7. Holiday rights and working time for seasonal, casual and zero hours workers – the holiday pay reference period will be increased to 52 weeks (from the current 12 weeks) in April 2020. The Government will also launch a holiday pay awareness campaign.

8. Protections for agency workers – agency workers will have the right to be provided with a Key Facts Page, to include information on the type of contract, their rate of pay, who is responsible for paying it and any deductions or fees that will be taken. The ‘Swedish derogation’ will be abolished, which currently allows workers who have a contract that provides for a minimum level of pay between assignments to be excluded from the right to comparable pay with permanent employees. These changes apply from April 2020.

9. Enforcement of vulnerable workers’ rights to holiday pay, sick pay and the NMW and wider review of statutory sick pay – there will be a new state enforcement system for holiday pay. In the context of the Statutory Sick Pay reforms, the Government will consider whether to make changes to the enforcement provisions.

10. Enforcement of tribunal awards and increasing tribunal fines for employers – the Government will:

introduce a new “naming and shaming” scheme for employers that fail to pay tribunal awards and make it easier for successful claimants to enforce payment.

require tribunals to consider stronger punishments for employers that ignore previous tribunal judgments against them.

11. Deductions from tips – Following a consultation in 2016 employers will be banned from taking “administrative fees” or other deductions from staff tips with effect from April 2020.

In addition to the above…

It appears that the re-introduction of tribunal fees looks increasingly likely given that the Good Work Plan statement to Parliament indicated it was “under consideration” by the Government.

The threshold required for a request to set up information and consultation arrangements will be lowered from 10% to 2% of employees, subject to the existing minimum of 15 employees. This will apply from April 2020. 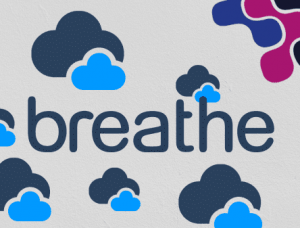 Improve and Transform your HR Administration

The usage of HR Software is continuously growing, as businesses are seeking to simplify and compact their HR administrative tasks. HR software is environmentally friendly,

How to Manage Hot Weather at Work?

It has been announced that the week commencing from the 18th if July, the UK can expect consist temperatures as high as 35℃. In extreme